The AHT series are designed to perform the following functions:

Our product range (all trolleys feature the improved closed loop system and can either be electrically driven or diesel driven) contains:

The AHT87 and AHT88 are compact and solid built hydraulic testers provided with a single hydraulic system. This serie is developed for small and medium-sized helicopters, including the Lynx and Hawk trainer/fighter. This equipment can be lifted and placed by 4 persons in a cargo space of a truck or landrover. 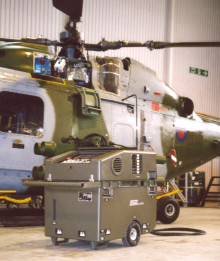 The AHT94 and AHT95 are compact, solid, multi-functional and manually operated hydraulic testers, provided with a dual outlet system. This series is developed for all helicopters and medium-sized aircraft including the C130 and can be delivered in ‘red oil’ and ‘skydrol’ variants.

The AHT25, AHT30 and AHT35 are mobile hydraulic testers suitable for all (fighter) aircraft like the Eurofigher, the F18, F15, F16, Migs and other large aircraft like the C17. The equipment is provided with a complete dual hydraulic system and is suitable for use in high ambient/tropical temperatures. They can either be  delivered in computer or  manually controlled operation and in ‘red oil’ and ‘skydrol’ variants.

The AHT82 and AHT83 are computer operated hydraulic testers, especially developed for the German Air Force fighter aircrafts like Eurofighter and Tornado.

Hydraulic testers which are especially developed for the German Navy, for use on board of frigates carrying helicopters.These testers are resistant to forces up till 90 G of e.g. mine or grenade explosions. 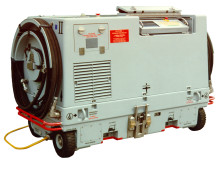 The AHT10 is a compact, lightweight, manually operated and air-operated hydraulic test unit.

A number of options which can be included in the testers are: